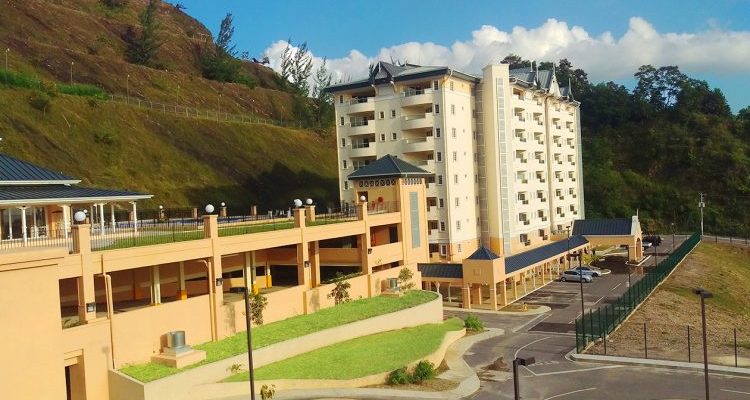 Reference is made to the cover story of today’s Express titled “Secret Keys – Govt ministers, senator get posh rent-to-own Victoria Keyes apartments” and the related story on page 4 titled “Shamfa, Ayanna get apartments”, which both contain inaccuracies.

In September 2016, Cabinet approved the distribution of the 264 units at Victoria Keyes. The following was agreed:

One would recall that the Victoria Keyes development began in 2006 by the HDC, where upon completion, the development would provide affordable housing to low and middle income families, as is the HDC’s mandate. The development at that time was expected to cost TTD200,000,000.00 and was virtually completed in and around 2010. Subsequent to the People’s Partnership assuming government, the Victoria Keyes development was modified to include more luxurious fittings and amenities such as fully air-conditioned buildings, swimming pool, clubhouse, play park, tennis courts and multi-storey car parks with elevators. These modifications ballooned the amount spent on Victoria Keyes to over TTD 652,000,000.00.

At TTD652,000,000.00, the average cost to construct each apartment, would have been approximately TTD $2,500,000.00, which is out of the range of low and middle income earning citizens seeking affordable housing from the HDC. As a consequence, the government approved the distribution of the units at Victoria Keyes in the manner as mentioned above.

It is important to note that government has intended for the proceeds of the sales of the units at Victoria Keyes to go toward the completion of other stalled HDC projects which have been in abeyance, some for over 10 years.

Occupation by Tobago Members of Parliament

Ministers Cudjoe, Webster-Roy and Senate Vice President DeFreitas have been assigned units reserved for government use at the Victoria Keyes development. It must be underscored that the Members of Parliament from the sister isle of Tobago, are afforded the opportunity to access government housing in lieu of their housing allowance. All three members of Parliament would be made to vacate such accommodation as and when their tenure ends.

Previously (both during the present administration and previous administrations), the Tobago MPs were housed at government-owned accommodation located at Federation Villas or Flagstaff. However, due to the fact that the units allocated for government use at Federation Villas and Flagstaff are in need of repair, the decision was made to house these parliamentarians and their families at Victoria Keyes in the units allocated for government use.

Government accommodation is also made available in the short or medium term to visiting technocrats, public servants, and other persons employed in the service of the Government, at its discretion.

I also wish to underscore that the details of the Cabinet approved policy for the Victoria Keyes were highlighted by me and the Honourable Prime Minister at the formal launch of the property in February 2017. This launch was covered extensively by the print and electronic media, therefore, the details of the allocation process are not “secret”. I have also put the policy with respect to the distribution of Victoria Keyes on the Parliamentary record.

This government has always maintained a high level of transparency as it relates to the disposal of state assets, and in particular, the units at the Victoria Keyes development for which we remain accountable in keeping with good governance and which the citizens of this blessed Nation expect.

However, efforts at transparency must be balanced with the need to protect the privacy and personal information of Members of Parliament and I appeal to sections of the media to exercise restraint when the question of disclosure to sensitive personal information might endanger not only the parliamentarians but their families.

I must further register my deep disappointment that the subject of an investigative report was the occupation of Tobago MPs in government reserved housing accommodation, in lieu of their housing allowances, to which they are entitled and not the obscene escalation in the cost of construction at the Victoria Keyes development from $200,000.000.00 to over $652,000,000.00 during the period 2010-2015. Were the former Minister of Housing, former chairman of the board at the HDC or managing director made to account?

I do hope that the inaccurate statements are corrected and given the same prominence as the initial story.

Minister of Housing and Urban Development